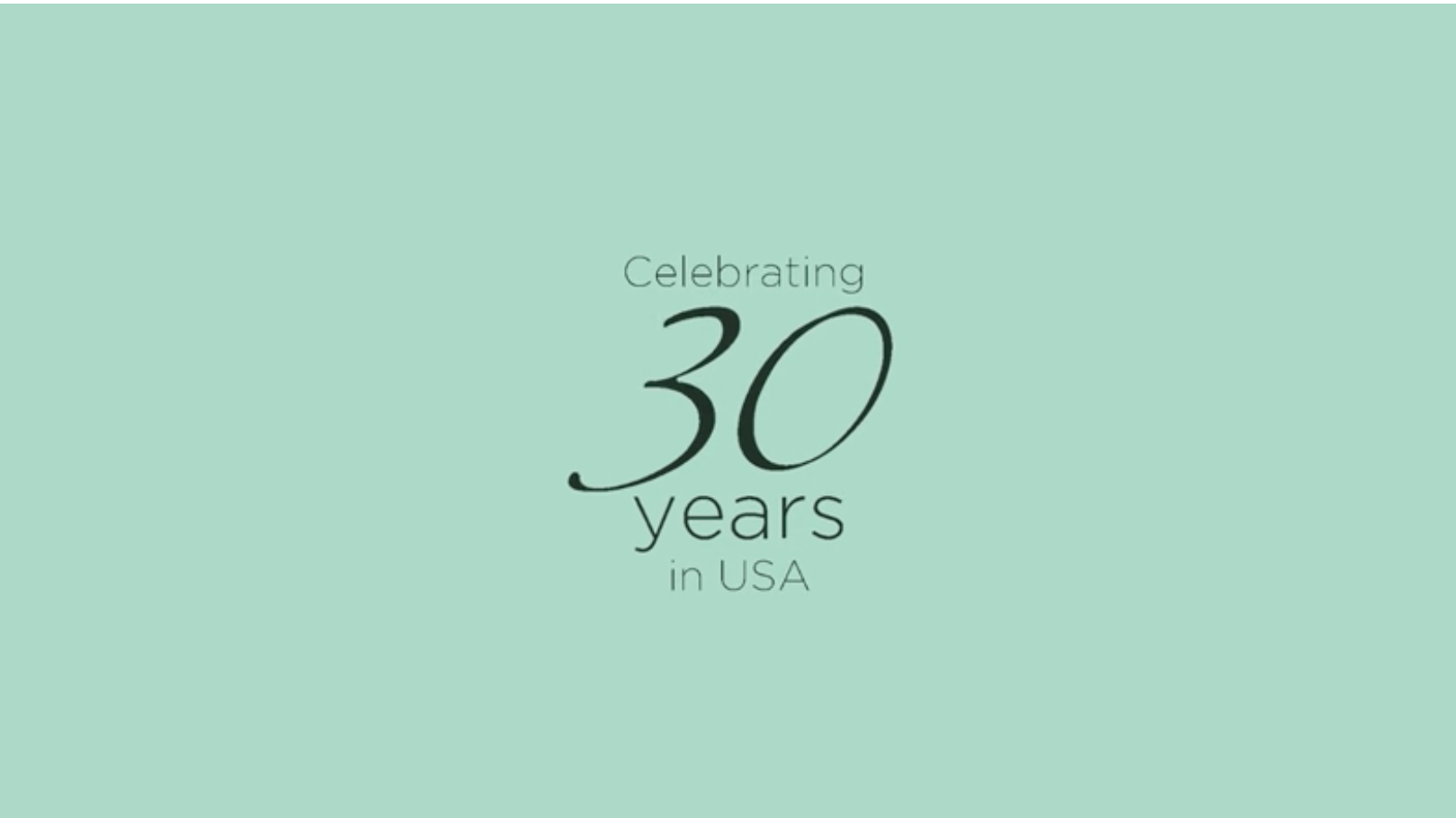 Celebrating 30 years in the USA

On the occasion of the 30th anniversary of the Marion plant, Groupe Beneteau reaffirms the importance of the North American market in its growth strategy and unveils its plans for 2017-2020.

A historic anchor on the American soil

In 1984, the French boatbuilder Beneteau celebrated its 100th anniversary and decided to embark on the American market. Two years later, on October 20, 1986, Beneteau opened its first production plant in Marion (SC), which would become one of the bridgeheads of its presence in the United States. The plant is still contributing to Group Beneteau's leading influence throughout the Americas with over 8,700 Beneteau and Jeanneau sailboats produced since its establishment. Over the past 30 years, Beneteau and Jeanneau have become the dominant brands on the American sailing boat market.

The Group, headquartered for the Americas in Annapolis, Maryland, operates a second plant dedicated to power boat production in Cadillac, Michigan. The Group’s Four Winns, Glastron, Wellcraft and Scarab brands are produced at that plant. Today, Groupe Beneteau Americas employs over 700 people in the United States.

With a contribution of 30% to the Group's revenues, the North American market is one of the pillars of Groupe Beneteau's growth. The Group, via its subsidiary for the Americas, has reinforced its commitment in the United States, the world’s largest boating market. Groupe Beneteau Americas will play an increased role in the management of all brands’ activities in North, Central and South America.

In this context, the Group has announced today the following actions:

“Innovative by Tradition”, Beneteau is bringing yet another best seller to market. At the Annapolis Sail Show, Beneteau will present a new Oceanis, with variations of configurations and equipment to satisfy the most demanding sailers, cruisers or racers.

Committed to easier and more affordable sailing for the many, Beneteau recently announced a new 5-year exclusive agreement with SailTime. Members of the SailTime boat club will enjoy new Beneteau boats in the United States for a fraction of the cost of owning one.

On the powerboat side, watch out for the new models in the Swift Trawler and Gran Turismo ranges that will respectively debut at the Fort Lauderdale and the Miami International Boat Shows. The GT40 is already trusting every awards in its category, while the new GT is announcing a revolution in the US market of express cruisers… Get ready!

2017, a year to remember at Jeanneau and Prestige

From the sailboat division, the Sun Odyssey 349 proudly built in Marion epitomizes fun on the water. With its easy to use sail plan and resolutely modern lines, it will bring to its owner unforgettable smiles! On the other end of the spectrum the grand launch of the Jeanneau Yacht 51 this past February in Miami will be remembered by all. This new classy lady entered the exclusive world of Jeanneau’s top of the line sailing yachts.

From the powerboat division, 2017 will go down as the year the full line was exhibited at most powerboat shows. From the company that now occupies the second spot in sailboat sales, these new powerboats are a force to be reckoned with.

Finally from the Prestige Yachts division, in just 5 years, the brand is now firmly anchored amongst the top selling luxury motoryachts. After having taken the market by storm in the 50 to 55 foot segment, eyes are now firmly set on the larger yacht segment. 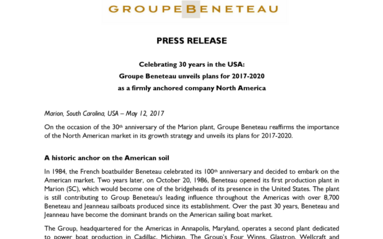 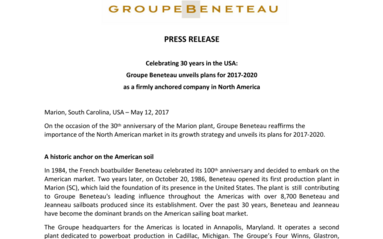 September 28, 2017
To secure its communication, contents are certified on the blockchain using Wiztrust